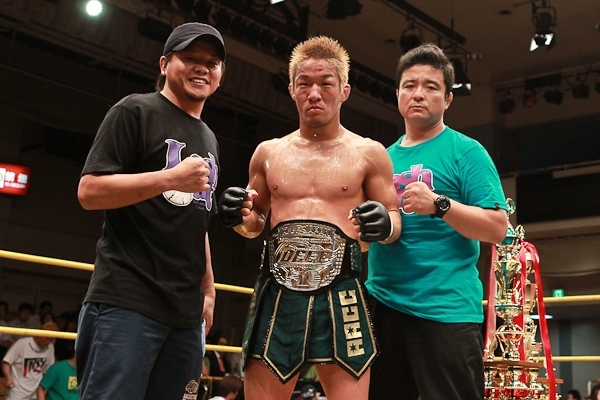 
Since being a teenager in middle school, Otsuka has been training in Brazilian Jiu-Jitsu at Hiroyuki Abe's AACC gym. Otsuka also began wrestling in high school where he competed in the Cup of China where he made it to the semi finals where he lost to Shigeki Osawa. He also competed int the Greco-Roman National High School Championship where he was also a runner up.

Despite being Japanese and making his MMA debut in Japan losing by submission to Tashiro Nishiuchi, Otsuka has also fought in Japan where's fought opponents such as ONE FC veteran fighter Leandro Issa and UFC veteran Rafael dos Anjos.

After competing in Brazil for a while and competing sporadically in DEEP in Japan, Otsuka began fighting regularly in DREAM and in DEEP where he obtained victories over Masanori Kanehara, Shoji, Dokonjonosuke Mishima, Takeshi Yamazaki and  Hiroshi "Iron" Nakamura.


One of Otsuka's main and most notable characteristics is his ring gear as he wears trunks inspired by the ancient Rome gladiators trunks they used to wear back then.