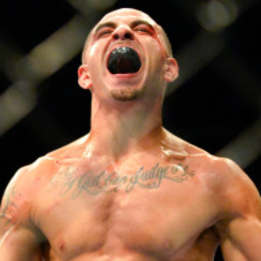 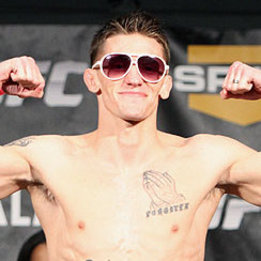 "The King" "The Disciple" 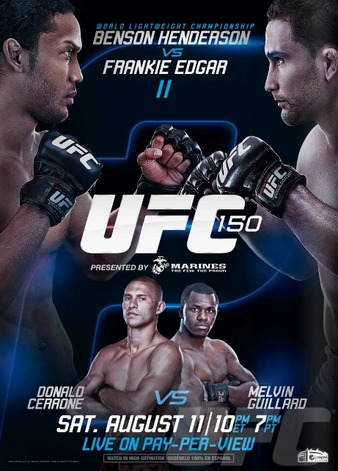 The second bout of UFC 150 saw Dustin Pague take on Chico Camus in the bantamweight division.

Pague landed a nice right hand but Camus landed a big hook. Pague landed a solid hook of his own then got taken down against the fence. Pague isolated one of Camus's arms and locked in a Triangle, landing some solid elbows from his back while keeping Camus constricted. Camus kept a solid frame in the hold and did not appear to be in serious trouble, but he continued to eat elbows that were starting to do damage. As the final minute approached, Pague released the hold and Camus landed some nice elbows of his own from the top. Pague rolled for an Omaplata but Camus defended and kept control on top. Camus landed some shot punches from the top to the horn.

Pague came out aggressive in the second and got a quick takedown but Camus got back to his feet then got a takedown of his own and passed to half guard. Camus worked from the top but Pague defended himself well on bottom then Camus passed to side control. Camus kept control on top to the horn.

In a scramble early in the third, Pague got Camus down and took his back, getting both hooks in. Camus rolled and Pague locked in the body triangle, working himself into position to search for a choke. Pague allowed Camus too much space and Camus rolled into his guard, retaking the top position. Camus passed to half guard and again Pague was giving away his early momentum, having no answer for Camus's superior control. Camus passed to mount then took Pague's back as Pague rolled. Camus locked in a deep choke but Pague escaped before the horn.