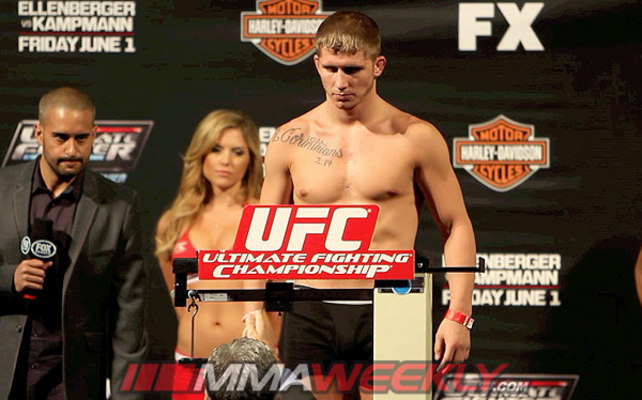 Justin Lawrence is ineligible for regional rankings due to inactivity.
Fighters must have at least one completed MMA bout in the past two years to be ranked.

Justin Ray Lawrence is an American Mixed Martial Artist. A professional MMA competitor since 2010, Lawrence made a name for himself fighting in the Midwest and his one-fight stint with Strikeforce. He was also a competitor on FX's The Ultimate Fighter: Live. After his first round loss to Daniel Pineda, he went 1-2 in the UFC and was released from the promotion.

Episode 3 Lawrence def. Christiano Marcello by KO (Punches) at 3:15 of Round 2