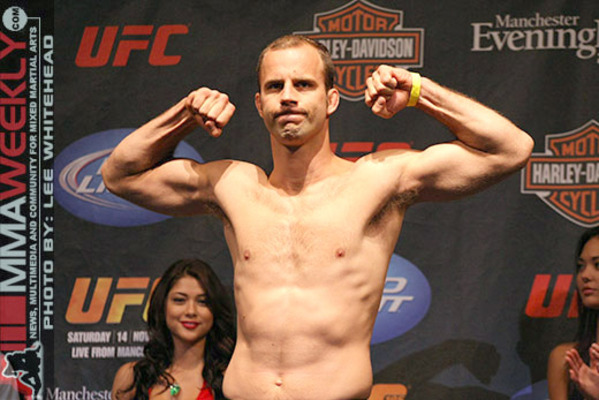 Jared Hamman is ineligible for regional rankings due to inactivity.
Fighters must have at least one completed MMA bout in the past two years to be ranked.

California native Jared Hamman initially started his career at 205, fighting in organizations such as Strikeforce, IFC, and Elite XC. There, he recorded victories over Aaron Rosa and veteran Travis Wiuff. He suffered a setback against Po'ai Suganuma, where he was knocked out with a flying knee, but would win a rematch by TKO. After he avenged his only defeat, he was then signed by the UFC.

After a 41 second knockout loss to future contender Alexander Gustafsson, Hamman would follow this up by two fights that received 'Fight of the Night' honors. He picked up a win over Rodney Wallace, followed by a decision loss to Kyle Kingsbury. He then dropped to middleweight, where he defeated TUF veteran CB Dollaway. In his next two fights, Hamman's ability to take punishment was on display. His first fight after defeating Dollaway was against up and comer Costa Philippou at UFC 140, where he was dropped multiple times, until Philippou finally got the finish. Hamman would then take on Michael 'Judo' Kuiper, and would lose again, this time by second round TKO. In his fight with Kuiper, UFC color commentator Joe Rogan said that Hamman had a 'rubber chin,' due to his ability to take beatings and still remain in the fight. He was even commended by UFC president Dana White after the event due to his toughness.

Hamman is a training partner of veteran Vladimir Matyushenko, and is known for his ability to take beatings that would finish most fighters.