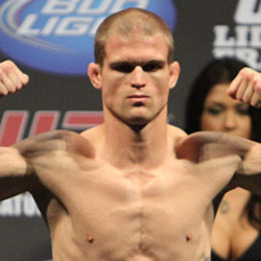 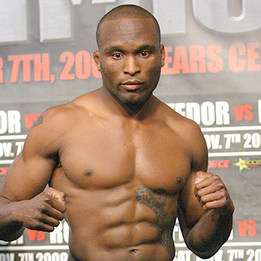 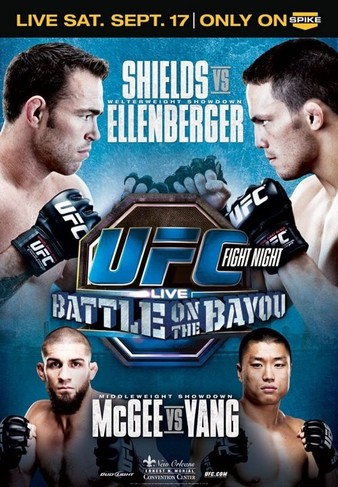 The seventh bout of UFC Fight Night 25 featured Shamar Bailey taking on Evan "The Kid" Dunham in a lightweight fight. Bailey entered the fight at 1-0 in his only other UFC fight and 12-3 overall. Dunham entered the contest at 4-2 in the UFC and 11-2 overall.

Dunham came out and landed a quick combination as the fighters quickly circled and had brief exchanges. Bailey landed nicely with a right and a low kick. A left hand from Bailey landed, and then a solid right from Dunham. Bailey slipped to the ground briefly and then landed a very nice left yet again. Dunham stepped inside with an uppercut, the fighters exchanged low kicks, and Dunham stuffed a few half-hearted takedown attempts from Bailey. Bailey's eyebrow began to show some swelling as a result of the jabs from Dunham, but Bailey connected with another good left hand. Dunham launched a high kick that Bailey caught, worked for a single leg takedown, and was stuffed and tripped to his back as the horn sounded.

Bailey connected with another left hand, was brought to the ground by Dunham, but quickly escaped back to his feet. A front kick from Dunham connected and then he opened up with a series of combinations that all landed. Bailey was getting picked apart by midway through the round, beaten to the punch on most of the exchanges. Dunham sprawled easily away from a sloppy takedown attempt and calmly stalked Bailey around the cage landing punches and kicks.

Bailey pressed forward in the third round, taking deep breaths as he tried to find a way to finish a fight that he was clearly behind on the scorecards in. Bailey's face became a bloody mess by late in the third round and Dunham turned up the heat with a minute remaining, blasting away with everything in his arsenal. Bailey showed incredible durability in staying in the pocket. With 10 seconds remaining Dunham tied on a dangerous looking guillotine but without enough time to get a finish.

The judges all scored the bout 30-27 in favor of Evan Dunham, the winner by unanimous decision. Speaking to Joe Rogan in the post-fight interview, Dunham commented, "Shamar you're a tough dude, I hit him with some shots that I thought would put him down, I came into the fight kind of expecting a wrestling match... It didn't really hurt [Bailey's left hands] but it made me think, dang, get your hands up man!"

Just found out that I will be doing a seminar on sunday Oct 2nd at Midtown MMA in Springfield Oregon starting at 1p... http://t.co/iQLEVzak

@MikeChandlerMMA shitty news but don't stress, all part of the game. You will get him, it's inevitable.

Great weekend but good to be home. A week to relax then back to training.

It my pleasure to rock the best shorts in the game. THANK YOU RT @SPRAWLshorts @evandunham155 pleasure to work with you Evan

Also a huge thanks to my sponsors @headrushbrand @SPRAWLshorts @Gunstore and SE Solutions. U guys are the best.

Here is the team back stage @ufc @SugarRaySefo deserves a ton of credit for helping me develop my standup. @Jake_B... http://t.co/23gJwsLQ

Thanks everyone who supported me in tough times. I feel great and love being able to follow my dream I could not do it with out all of u.

Just made weight thanks to everyone who could make it. Time to eat, rest then WAR!

Lol sounds like a plan RT @xR3DM4Nx @evandunham155 We fans expect to see "THE E.D. SHUFFLE" this weekend. #writethatdown

On weight and feeling great.

Thanks to my sponsors its great to have you a part of my team. @headrushbrand @SPRAWLshorts @Gunstore and SE Solutions http://t.co/dtAOvur7

Thanks everyone for the supportive messages u all are a huge part of my motivation.

Thanks Brett Sat will be a great day if u bleed green and it sounds like we both do. RT @BrettEliBrooks can I get ... http://t.co/ZDdTKB2s

@BamBamHealy thanks Pat and congratz on the recent win.

Relaxing in the Big Easy. Getting that weight down and ready to scrap.

FIGHT WEEK!!!!!! Ready to get to New Orleans and do work.

Just met the guys @xtmma make sure to follow me.

Great day to finish up camp. Next week fight week. I am ready for WAR! Thanks to @SugarRaySefo @robertdrysdale @Jake_Bonacci @Xtreme_Couture