Randy Couture defeats Gabriel Gonzaga via KO/TKO at 1:37 of Round 3 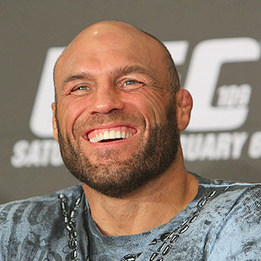 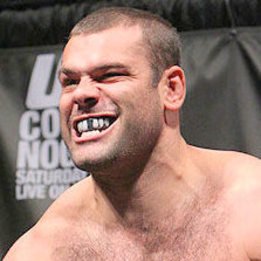 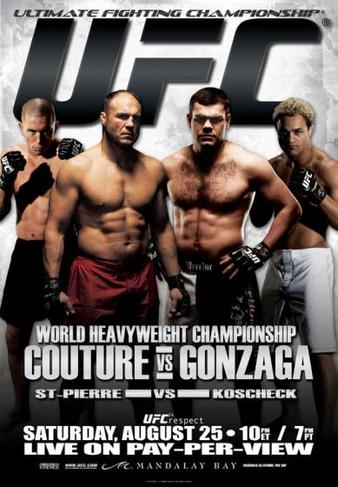 After retiring from active competition in 2006 on the heels of a second consecutive knockout loss to Chuck Liddell, Randy Couture shocked the world by taking the Heavyweight Championship in his return to action in 2007. In that fight, Couture dominated the heavily favored 6’8” Tim Sylvia for five rounds to take the belt. It was Couture’s next opponent, Gabriel Gonzaga, however, whom most fans believed would send “The Natural” back into retirement.

Couture earned respect for the Sylvia fight, but Gonzaga was an entirely different animal. In addition to a legitimate Brazilian Jiu-Jitsu black belt, Gonzaga was a powerhouse striker. In his career-defining performance, he knocked out veteran heavyweight and former Pride superstar Mirko Filipovic with a head kick to earn his shot at Couture.

Yet when all was said and done, Couture had pulled off another major upset by dominating a game Gonzaga for almost 12 minutes, before forcing the stoppage in the third round. In addition to dominating the action both on the feet and on the mat, Couture fought through a broken forearm that he received courtesy of a powerful head kick attempt by Gonzaga midway through the fight. Couture controlled the action by controlling the distance. He pressed the bigger Gonzaga up against the cage repeatedly, leaning in and breaking away repeatedly to punish “Napao” with textbook dirty boxing inside. Not only was Couture winning the inside striking exchanges, he was leaning on Gonzaga each time in between, tiring out the Brazilian challenger.

In the key sequence of the fight, Couture picked Gonzaga up off of the mat and slammed him to the canvas neck first. The resulting impact of Couture’s shoulder into Gonzaga’s face broke Gonzaga’s nose and cut it open badly across the bridge. Gonzaga was clearly having trouble breathing and looked shaken and confused by the experience. Some final punishing ground and pound sealed the deal for “The Natural,” who remained the UFC Heavyweight Champion midway through his 40s.

All in all, it was the same lesson taught time and again: you can never count Randy Couture out of any fight.