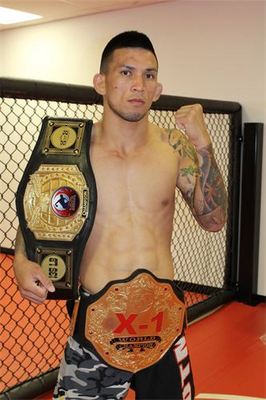 Russell Doane is ineligible for regional rankings due to inactivity.
Fighters must have at least one completed MMA bout in the past two years to be ranked.

Russell Doane is an American bantamweight fighter currently signed to the UFC. He trains out of 808 Top Team in Honolulu, Hawaii. He has previously fought for EliteXC, King of the Cage, Pacific Xtreme Cagefighting, and Tachi Palace Fights where he is the current bantamweight champion. He holds notable wins over Tyson Nam and Jared Papazian. Of his eleven career wins, nine have been finishes including five T/KOs. He has won the UFC's "Submission of the Night" bonus one time.

Doane began his professional career in 2008 with a TKO win over Tyson Nam. Although he would lose his second fight, he would surge back, going on a seven fight winning streak in various promotions in Honolulu. During this time, he was able to pick up bantamweight titles in KOTC and X-1. In 2012, he would be signed by the southeast asian promotion, PXC.  He would debut at PXC 33 with a unanimous decision win over Masato Sannai. At PXC 34, his four and a half year winning streak would come to an end when he was defeated by submission at the hands of undefeated Michinori Tanaka. He would bounce back with two wins in his native Hawaii, but would lose a split decision to Kyle Aguon at PXC 38. He would fight on the mainland US for the first time when he took on UFC veteran, Jared Papazian, at Tachi Palace Fights 17 for the vacant bantamweight title. He was able to stop his opponent in the fourth round by TKO to secure the biggest victory of his career.

In Late 2013, it was announced that Russell had been signed to the UFC. He made his promotional debut at UFC Fight Night 34 against Leandro Issa. With only one second remaining in the second round, he would secure a triangle choke to not only win his first UFC fight, but also the "Submission of the Night" bonus.