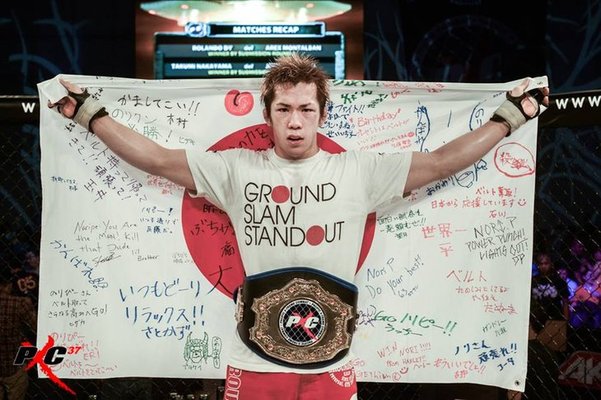 Fighting for a major organization has made Michinori Tanaka ineligible for regional rankings.

Tanaka is a Bantamweight currently signed with Pacific X-treme Combat. His background is in Judo. He trains out of one of Japan's top gyms in Yokohama's Reversal Gym Groundslam. He is known for his fast paced wrestling style and submissions.

Tanaka began his career by winning the 2011 Shooto Rookie Tournament as well as the MVP award. He would then head to PXC where he won his first 2 bouts, earning him a shot at the Bantamweight title against champion Crisanto Pitpitunge at PXC 37. Tanaka would use his superior grappling to win a unanimous decision and to take the belt. He would defend the belt in a dominating decision over Kyle Aguon.

In February 2014 it was announced that Tanaka had signed with the UFC.