EliteXC: Return of the King 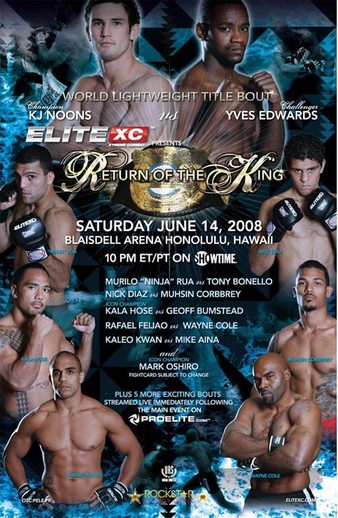 Following the wild success of EliteXC: Primetime, which was the first MMA event to be broadcast on a major American television network, the promotion returned to Showtime for its next event, which featured a lightweight title bout between KJ Noons and Yves Edwards. In the main event, Noons defeated Edwards via TKO just 48 seconds into the first round after landing a vicious hopping knee to his opponent’s face.