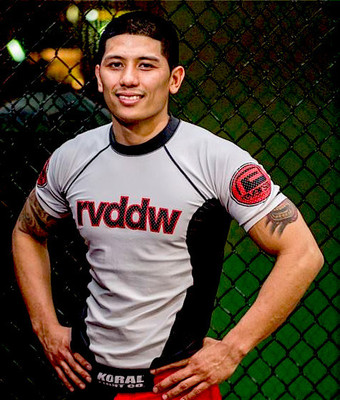 Jon Delos Reyes is ineligible for regional rankings due to inactivity.
Fighters must have at least one completed MMA bout in the past two years to be ranked.

Jon Delos Reyes is a Guamanian bantamweight fighter currently signed to the UFC. He is a blue belt in Brazilian Jui Jitsu and trains out of his hometown in Guam. He has previously fought for Pacific Xtreme Combat. Of his seven professional wins, all have been finishes including four submissions.

Delos Reyes began his professional career in 2008 with two submissions in less than a month. He would alternate wins and losses in his next three fights before going on a four fight winning streak starting in 2010. All of his fights to this point were in various promotions throughout the Pacific islands with his most notable fights taking place with the PXC promotion.

In late 2013, it was announced that Jon had been signed to the UFC. He made his debut against Dustin Kimura at UFC Fight Night 34 in Singapore, but would lose the fight in the first round by submission to an armbar.