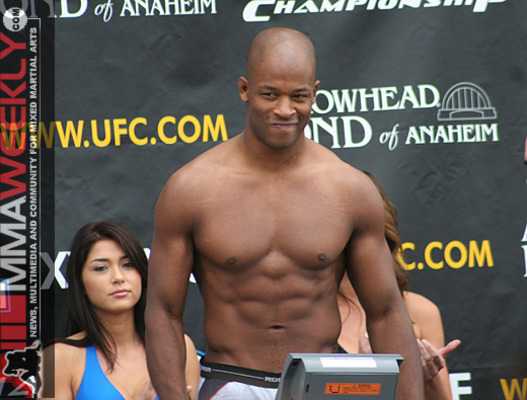 David Loiseau is ineligible for regional rankings due to inactivity.
Fighters must have at least one completed MMA bout in the past two years to be ranked.

A close friend and training partner of pound-for-pound great Georges St. Pierre, Canada's David “The Crow” Loiseau was once a highly-touted middleweight striking sensation. After reeling off victories over the likes of Joe Doerksen, Shawn Tompkins, and Evan Tanner during the first five years of his career, Loiseau was overwhelmed and shut out by UFC Middleweight Champion Rich Franklin in 2006 in one of the most one-sided beatdowns in the sport’s history.

When he is having an on night, Loiseau displays accurate, unorthodox striking that mixes elements of Muay Thai with those of traditional martial arts such as Karate. His ability to cut opponents with elbows, as well as a spinning back-kick TKO over Charles McCarthy in 2005, are his greatest strengths.