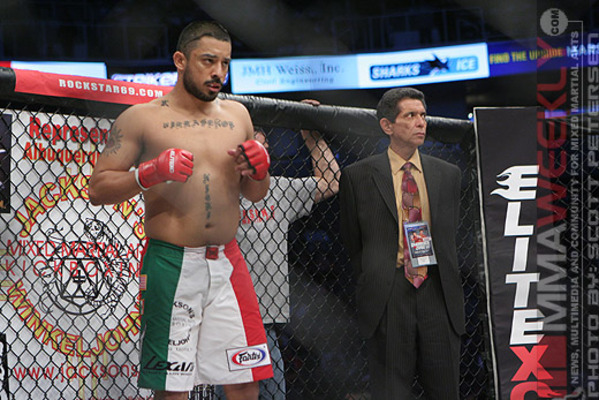 Joey Villasenor is ineligible for regional rankings due to inactivity.
Fighters must have at least one completed MMA bout in the past two years to be ranked.

Fighting out of one of the most famous MMA schools in the United States, Greg Jackson’s Mixed Martial Arts in Albequerque, New Mexico, “Smokin’” Joey Villasenor has hovered in and around the top ten of the worldwide middleweight division rankings for years. Villasenor went pro in 1999, putting together a professional record of 21-3 during his time with KOTC and various smaller promotions. In 2006, Villasenor made his Pride FC debut, but was unsuccessful in the promotion, losing fights to Ryo Chonan and Robbie Lawler. He revitalizing his career in the now-defunct EliteXC promotion, where he finished Phil Baroni with strikes and won a decision over David Loiseau.

Known for his knockout power and finishing ability both on the feet and on the ground, Villasenor remains an extremely tough test for any opponent. He has the ability to weather tremendous damage and often comes on strong towards the end of fights. He continues to fight top fighters.