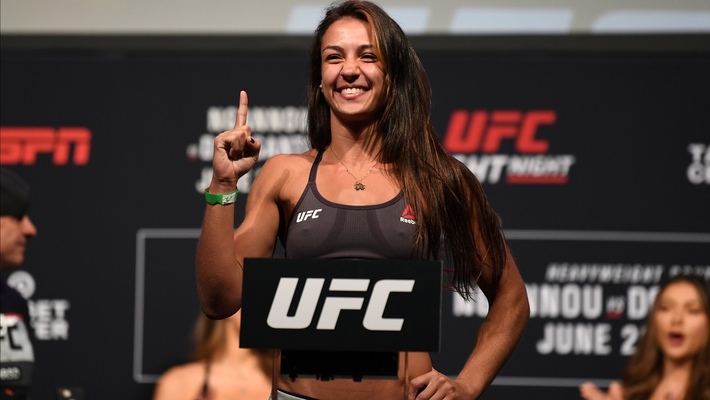 Fighting for a major organization has made Amanda Ribas ineligible for regional rankings.

Amanda Ribas (born August 26, 1993) is a mixed martial artist (MMA) from Brazil, competing in the strawweight division of the UFC. As of February 19, 2020, she is ranked #10 in the UFC women's strawweight division. She has a black belt in judo and Brazilian Jiu-Jitsu.

She made her UFC debut against  Emily Whitmire where she won by submission in the 2nd round. She then faced rising prospect and multi-time BJJ world champion Mackenzie Dern where she won the fight by unanimous decision. In March 2020, Amanda Ribas faced a UFC veteran in Randa Markos where she once again won the fight by unanimous decision. Later on the year, she made her flyweight debut against Paige Vanzant where she won the fight in the first round via armbar. In January 2021, Amanda Ribas moved back to the strawweight division where she faced fellow Brazilian, Marina Rodriguez in an anticipated contest that she lost in the second round by TKO; making this defeat her first loss in her UFC career.