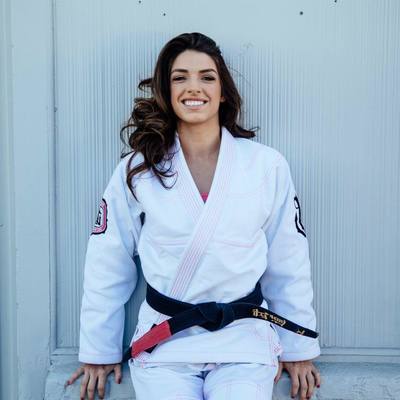 Fighting for a major organization has made Mackenzie Dern ineligible for regional rankings.

Mackenzie Dern is an accomplished Brazilian jiu jitsu black belt and mixed martial arts (MMA) fighter who is regarded as one of the top female grapplers of her generation. Dern is also known in jiu jitsu’s circuit as the daughter of the legendary “Wellington “Megaton” Dias and stepdaughter to “Luka” Dias, two respected members of the community. Mackenzie Dern started competing in BJJ’s adult division at the age of 14, winning the respect of the community by winning several important trophies as a teenager. Her grappling tuition has been closely followed by her father, and also Royler Gracie and Letícia Ribeiro.

Mackenzie Dern was born in Phoenix, Arizona, on March 24, 1993. Being the daughter of one of the top BJJ black belts in the world, Dern started accompanying her father to the academy since she was a baby, and by the age of 3 she was already practising the gentle art with both her father and her stepmother Luciana Tavares.

Dern started competing at a very young age. With the experience gathered from starting as a toddler, she quickly dominated the kids grappling scene in the Arizona state. Being a natural at sports, Mackenzie Dern also competed in judo tournaments to keep her throwing techniques sharp.

As aforementioned, Mackenzie started competing in jiu jitsu’s adult division at the age of 14, around the same time when she decided to dedicate herself fully to the sport.

With a ton of talent, and the care of tremendous coaches such as her father, Wellington Dias and Leticia Ribeiro, Dern won the world championship in every belt on her way to black belt, a degree she reached before her 20th birthday.

Mackenzie Dern’s first fight as a black belt came in the shape of a superfight against a seasoned veteran of the sport, Luiza Monteiro, at the Copa Podio in January 2013, a fight Mackenzie won conclusively with an 8×2 scoreboard, moving on to fight at the European Open just a few weeks later, winning her weight division and cementing her name as one of the top featherweight black belts in the world.