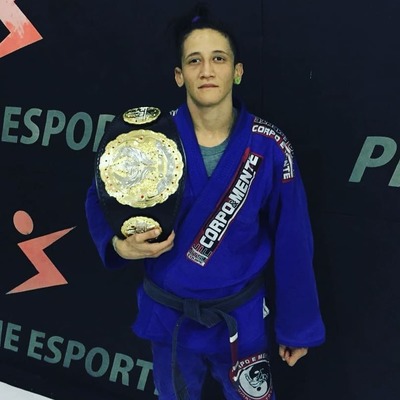 Fighting for a major organization has made Virna Jandiroba ineligible for regional rankings.

Virna Jandiroba is the current invicta fc strawweight champion. A black belt in Brazilian ju-jitsu. She won the vacant championship on march 24 2018 by split decision In a bout with Mizuki Inoue at invicta fc 28 On September 1st 2018 Jandiroba defended her belt against Janaisa Morandin at invicta fc 31 She won the fight by arm triangle in round two successfully defending her belt for the first time.

Jandiroba next gave up her invicta fc belt and signed with the ufc. Her official debut is on april 27 2019 at ufc on espn+9 against former ufc straw weight champion Carla Esparza