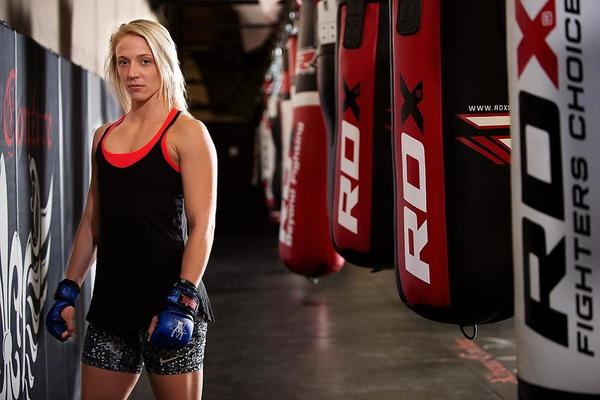 Fighting for a major organization has made Emily Whitmire ineligible for regional rankings.

Emily Whitmire (born May 5, 1991) is an American mixed martial artist (MMA). She currently competes in the Strawweight division in the Ultimate Fighting Championship (UFC). Whitmire started her professional MMA career since 2015 and amassed a record of 2-1 prior participated in The Ultimate Fighter 26 UFC TV mma competition series which she was subsequently signed by UFC after the show. In August 2017, it was announced that Whitmire was one of the fighters featured on The Ultimate Fighter 26, UFC TV series, where the process to crown the UFC's inaugural 125-pound women's champion will take place. In the opening round, Whitmire faced Christina Marks and she won the fight via a submission in round one. In the quarterfinals, she faced Roxanne Modafferi and lost the bout via technical knockout. Whitmire made her UFC debut on December 1, 2017 on The Ultimate Fighter 26 Finale against Gillian Robertson. She lost the fight via a submission in round one. Her next fight came on July 7, 2018 at UFC 226 against Jamie Moyle.[10] She won the fight via a unanimous decision. On February 10, 2019, Whitmire faced Aleksandra Albu at UFC on ESPN 1. She won the fight via a submission in round one. Whitmire faced Amanda Ribas on June 29, 2019 at UFC on ESPN 3. She lost the fight via a rear-naked choke submission in the second round. Emily was scheduled to face Polyana Viana on March 7, 2020 at UFC 248. At the weigh-ins, Whitmire weighed in at 117.5 pounds, 1.5 pounds over the strawweight non-title fight limit of 116. She was fined 20% of her purse and her bout with Polyana Viana was expected to proceed as scheduled at a catchweight. Subsequently, Whitmire was hospitalized the day of the event and the fight was cancelled.