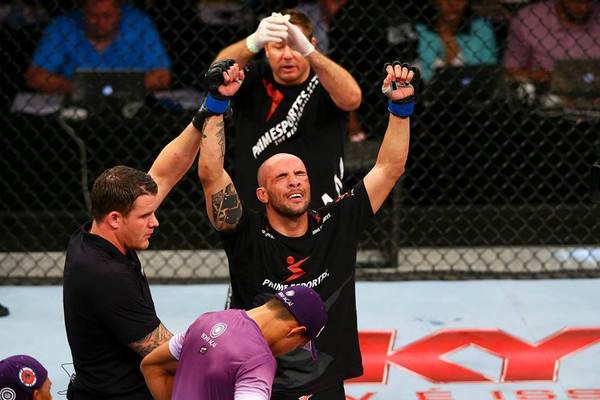 Igor Araújo is ineligible for regional rankings due to inactivity.
Fighters must have at least one completed MMA bout in the past two years to be ranked.

Igor Araujo is a Brazilian welterweight fighter currently signed to the UFC. He is a black belt in Brazilian Jiu Jitsu and trains out of Jackson's MMA in Albuquerque, NM. He was a cast member of The Ultimate Fighter season 16 as part of Team Carwin. He has previously fought for Shooto Europe, KSW, and M-1 and has notable wins over Nic Herron-Webb and Ildemar Alcantara. Of his twenty five professional wins, eighteen have been finishes with seventeen submissions as well as thirteen first round finishes. He has had three separate win streaks of six or more fights.

Igor began his career fighting primarily on the regional circuit in Brazil. He made his professional debut in 2004 with a decision win. He would fight again the following year in a one night tournament. After winning his first round fight by submission, he would lose in the finals by decision. He would also begin fighting in various European promotions by 2006. After his first two years as a professional, he had compiled a 5-3 1 NC record. Starting in late 2006, he would go on a six fight winning streak before losing two out of four fights in 2008. He would again go on a eight fight winning streak spanning two years before losing to M-1 champion, Rashid Magomedov. He would bounce back with three straight victories in 2011.

Araujo's biggest break came in 2012 when he was cast for The Ultimate Fighter 16. He won his elimination fight against Cortez Coleman by triangle choke in a sudden victory round and was picked thirteenth overall as part of Team Carwin. He was able to win his quarterfinal fight against Nic Herron-Webb in a close and controversial majority decision. He nearly got into a scrap with his semi final opponent and eventual winner of the tournament, Colton Smith, when he shoved Smith at the weight ins and Smith in turn insulted his mother. This resulted in Araujo's team having to restrain him in order to avoid a brawl. Smith would eventually win their fight by unanimous decision.