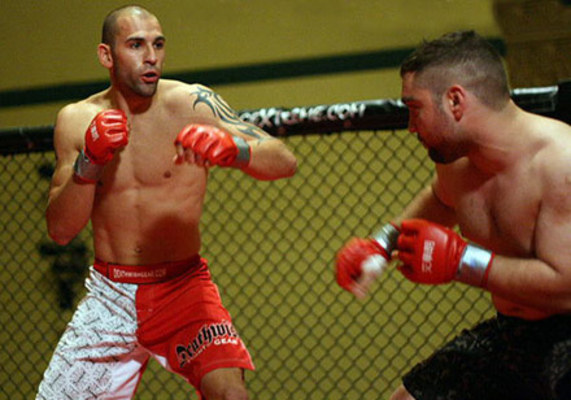 Fighting for a major organization has made George Sullivan ineligible for regional rankings.

George Sullivan is an American welterweight fighter currently signed to the UFC. He is a purple belt in Brazilian Jui Jitsu and trains out of Kurt Peligrino MMA in Belmar, New Jersey. He has previously fought for Ring of Combat and Caged Fury FC where he was the welterweight champion. He has notable wins over Greg Soto and Julian Lane. Of his fifteen career wins, ten have been finishes with all coming by T/KO.

In 2004, Sullivan began training at a Thai Boxing school, but by 2005, he had transitioned to MMA training. He made his professional MMA debut in 2006 with second round TKO. In his first two years of competition, he had a 4-2 1 NC record, but he was just hitting his stride. He would win his next four straight fights which earned him a shot at the vacant ROC welterweight title against Elijah Harshbarger. He would lose by decision for the first time in his career.

After achieving a 3-1 record in ROC, he transitioned to CFFC in late 2011. When he won first fight with the promotion, he was given a shot at the welterweight title. He took on UFC veteran Greg Soto for the title at CFFC 14 and would win by TKO midway through the first round. Soto would later become a training partner of his. He would go on to defend his title four times over the next year, including a win over The Ultimate Fighter 16 cast member, Julian Lane.

It was announced in early 2014 that George had been signed by the UFC. He was brought in on short notice after two preliminary fights for the UFC on Fox 10 card were scratched. He fought fellow UFC debutant, Mike Rhodes and was able to outstrike his opponent on the way to a unanimous decision win.