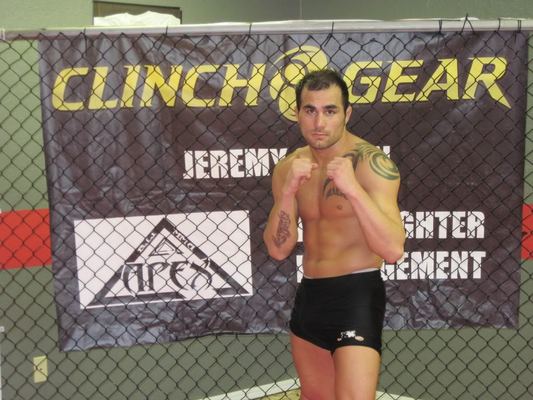 Jeremy Spoon is ineligible for regional rankings due to inactivity.
Fighters must have at least one completed MMA bout in the past two years to be ranked.

Jeremy Spoon is a Jiu Jitsu practitioner fighting out of Oklahoma. He started his career by winning 8 straight fights on the regional circuit. Of those 8 fights, all but one were won by submission although a couple were by submission to strikes. He got his first national exposure when he handed Jerrod Sanders his first professional defeat at Bellator 37. He fought once more on the regional circuit after his Bellator debut.

In August 2011, he won the King of the Cage Featherweight championship after beating two time Featherweight champ Donald Sanchez in a five round title fight. Prior to their fight, Sanchez had defended his belt five times. Sanchez later regained the title after Spoon vacated it to return to Bellator. Spoon next stepped into the cage against Strikeforce and Bellator veteran Adam Schindler at Bellator 56. Spoon would go on to win his fourth decision in a row and earned himself a spot in the next Bellator Featherweight tournament.

His fist matchup in that tournament was against eventual tournament winner Daniel Strauss. Strauss would hand Spoon his first professional loss and eliminate him from the competition. The grueling, fifteen minute fight was contested primarily on the feet despite inadvertent low blows from each fighter early in the fight. Each fighter tried for multiple takedowns but few were successful and they were ineffectual. At the end of th fight, Strauss was declared the winner by unanimous decision based primarily on a larger amount of strikes landed and better control of the cage.

After a seven month layoff, Spoon is expected to take on Minnesota prospect Mike Richman in the first round of the Season Seven Featherweight tournament.