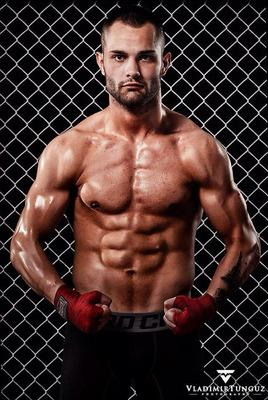 Stefan Negucić ( born February 8, 1994) is an Serbian mixed martial artist currently competing in the Welterweigh division of the Serbian Battle Championshop. A professional since 2016, he has also competed for the Megdan Fighting in his native Serbia and Montenegro Fighting Championship in Montenegro. He is former MFC Welterweight champion, he is brown BJJ belt as well.