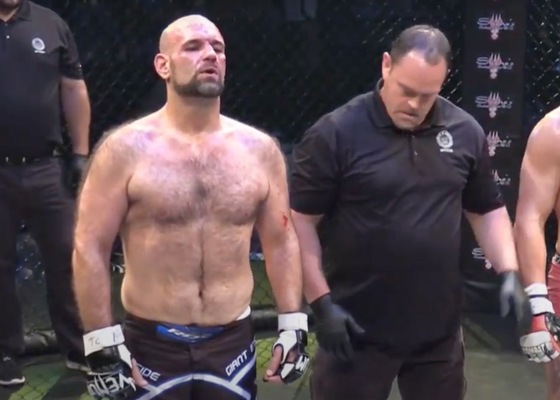 Justin Thornton passed away in October 2021, approximately 6 weeks following a bare knuckle boxing match during which he sustained serious injuries.

Justin Thornton was a Veteran of MMA, his career saw him fight multiple notable names such as UFC fighters, Walt Harris and Chase Sherman. Throughout his career in MMA he amassed a record of 6-18.

His last MMA bout was against 49 year old, Lex McMahon the COO of Titan FC. The fight was to bring awareness to military PTSD and Veteran suicides. Lex would submit Thornton in less than a minute.

Following his exit from MMA in 2020, Justin would step into the bare knuckle boxing ring to take on his former opponent Dillon Cleckler. This time in bare knuckle boxing instead of MMA. The fight would end in just 18 seconds as Justin was knocked out cold and spiked his head on the canvas.

Sadly Justin didn't make it, the injuries sustained in his fight against Cleckler claimed his life on the 4th of October 2021. Thornton might not have been a big name in MMA but he helped bring awareness to important issues with his fight against Lex and his death is a huge loss. Rest in peace Justin Thornton.