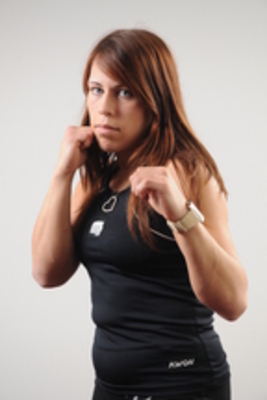 Sheila Gaff is ineligible for regional rankings due to inactivity.
Fighters must have at least one completed MMA bout in the past two years to be ranked.

Gaff is natural Flyweight fighter who will be competing in the UFC as a Bantamweight. She has fought in M-1, ProFC, and Cage Warriors. She has notable victories over Alexandra Buch, Aisling Daly, and Jennifer Maia.

After going 6-1 to start her career Gaff entered the Upcoming Glory 7 1-night tournament. She won the opening round but lost Romy Ruyssen.

In March Gaff signed a 4 year deal with the UFC to fight at Bantamweight. She is scheduled to fight Olympian Sara McMann at UFC 159.