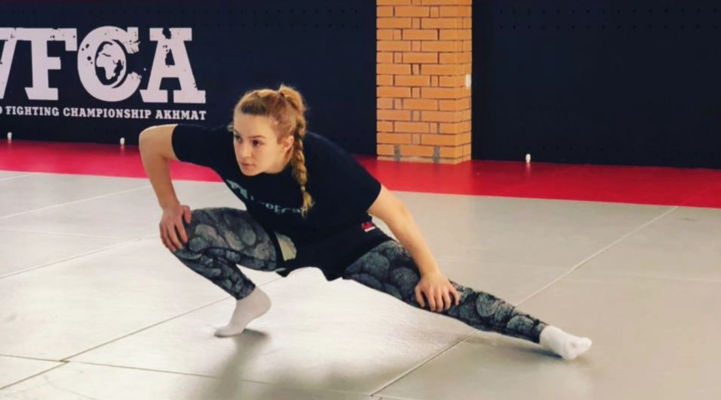 Milana Dudieva is a Russian Women's Mixed Martial Artist, who competes in the UFC's Bantamweight division. She scored 9 of her 11 victories in the first round. Dudieva is following the example of Fedor Emelianenko. "They call him the emperor and I want became the empress", she once said in an interview.

Since her childhood Dudieva practices hand-to-hand combat and judo and turned professional in MMA in 2009. In debut fight she lost to Russian WMMA pionier Julia Berezikova. In the following years Dudieva fought on a regular basis for the Russian regional promotion ProFC. For this organization she made 11 fights and defeated among others Sheila Gaff.

After two losses, against Jessica Andrade and Swedish up-and-coming talent Pannie Kianzad, Dudieva defeated two little-known opponents and signed with UFC. In the biggest promotion of the world she started with a close decision win against Elizabeth Phillips at UFC Fight Night 48.  Dudieva expects a tough test in her next fight, when she faces The Ultimate Fighter winner Julianna Peña at UFC Fight Night 63.