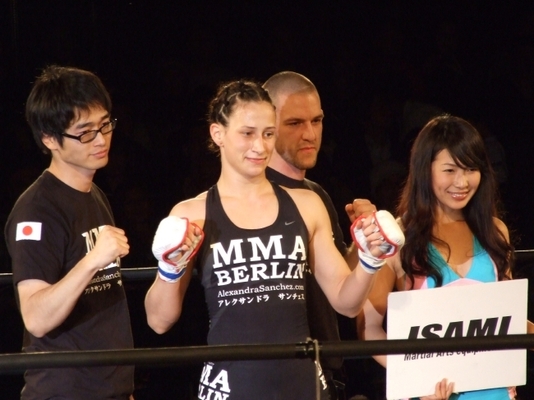 Alexandra Baron is ineligible for regional rankings due to inactivity.
Fighters must have at least one completed MMA bout in the past two years to be ranked.

After winning her first fight in her native Berlin, Buch entered the 2009 Jewels 60 kg Rough Stone Grand Prix. In the opening round she defeated Shizuka Sugiyama by decision. She then fought twice in Berlin before the final took place 3 months later, going 1-1 with a loss to Sheila Gaff. Buch won the tournament by defeating Tomoko Morii by armbar.