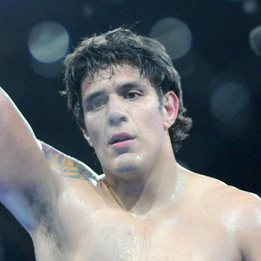 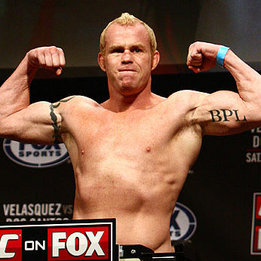 The opening bout of UFC on FOX 1 featured Matt Lucas taking on Aaron Rosa in a light heavyweight fight.

Lucas lunged forward with an overhand right early, then nearly had Rosa to the ground but was unable to secure top position. Rosa was able to successfully stuff the next few takedown attempts and do effective work in the clinch with strikes. Rosa connected with a good low kick after a brief pause from Lucas losing his mouthpiece. Rosa's size advantage appeared to serve him well in the grappling sequences.

Lucas managed to briefly get Rosa to the ground early in the second round, otherwise Rosa defended the takedowns and delivered strikes to the body in the clinch. Rosa looked for a standing kimura after some elbows to the head, then Lucas connected with a nice right after they broke free. Lucas was deducted a point after dropping his mouthpiece for a third time, and then took Rosa down with a single leg in the final seconds of the round.

The third round continued the same pace, with Rosa effectively out-striking Lucas in a generally uneventful fight. Rosa's clinch work was superior, including a solid knee and right hand in the middle of the round. Lucas again lost his mouth-guard, and in the final minute of the fight Rosa poured it on with some effective striking, stuffing a final takedown attempt from Lucas.