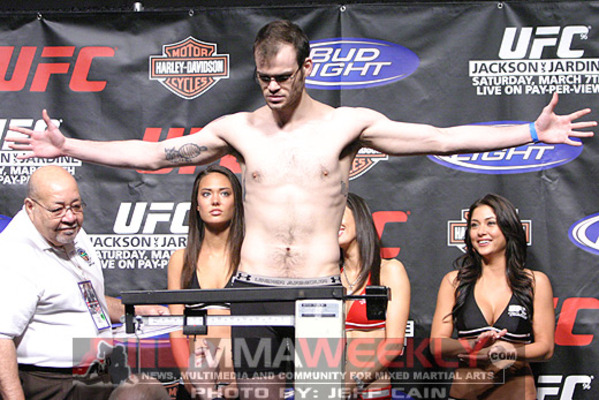 Tamdan McCrory is ineligible for regional rankings due to inactivity.
Fighters must have at least one completed MMA bout in the past two years to be ranked.

A talented submission fighter trained at the CNY MMA gym in Binghamton, New York, Tamdan McCrory made his debut in 2006 at the age of 19 and soon emerged as one of the most talked-about prospects at 170 lbs. McCrory finished his first eight fights on the local Massachusetts and New Jersey circuits, then made his UFC debut in 2007, finishing veteran Pete Spratt with a Triangle Choke in the second round. McCrory alternated wins and losses in his next four bouts with the promotion, and was dropped by the UFC in 2009 following a Split Decision loss to John Howard at UFC 101.

McCrory’s most notable fight to date came against fellow rising start Dustin Hazelett at UFC 91 in 2008. Prior to the bout, fans and members of the media discussed the comical appearance of the matchup, which pitted two lanky, unassuming fighters with slim builds. The fight ended up one of the most exciting on the card, as both fighters battled on the feet and on the ground until "The Barn Cat" made the first mistake and was finished by a slick Reverse Armbar.