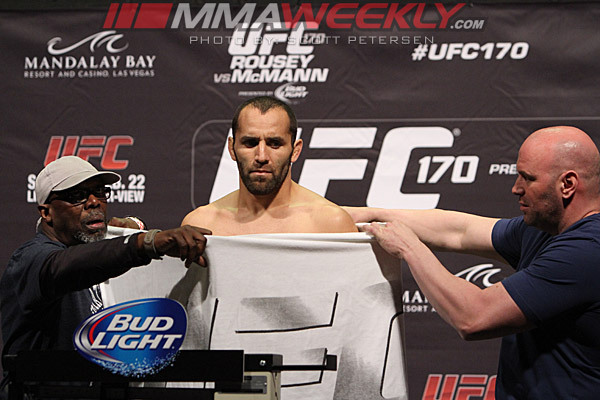 Ernest Chavez is ineligible for regional rankings due to inactivity.
Fighters must have at least one completed MMA bout in the past two years to be ranked.

Ernest Chavez is an American lightweight fighter currently signed to the UFC. He is a purple belt in Brazilian Jiu Jitsu and trains out of Orange County, California. He has previously fought for BAMMA US where he was the lightweight champion. Of his seven professional wins, four have been finishes with all of them coming by T/KO.

Chavez began his professional win in 2009 with a decision win. Over the next three years, he would compile a 5-0 record with two first round TKOs. In 2013, he would begin fighting for BAMMA US. He was able to pick up another first round TKO in his first fight with the promotion which earned his a shot at the vacant lightweight title. At BAMMA US Beatdown 9, he was able to secure a TKO win in the third round to win the title.

In early 2014, Ernest was signed by the UFC. He made his debut against fellow promotional debutant, Yosdenis Cedeno, at UFC 170. Cedeno landed heavier strikes early, but as he began to wear down, Chavez was able to use his grappling advantage to secure a split decision victory.