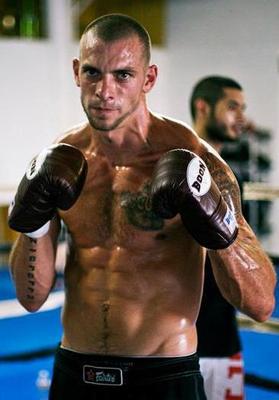 Joe Schilling is ineligible for regional rankings due to inactivity.
Fighters must have at least one completed MMA bout in the past two years to be ranked.

With a record of 1-3 in MMA, Schilling has been finished by rear naked choke three times. The kickboxer has shown his weakness in the grappling department in losses to Damion Douglas, Matt Makowski  and UFC lightweight Tony Ferguson. Ironically enough, his sole victory as a mixed martial artist comes by way of choke as he defeated Maurice Doucette via triangle choke 'CFX: Uprising in Upland'. He has not had a mixed martial arts bout since September of 2008, but is set to return against fellow veteran kickboxer Melvin Manhoef at Bellator 131: Tito vs. Bonnar .

Joe Schilling is 17-7 as a professional kickboxer having competed against some of the best in the world. He has 11 knockouts to his credit. Since joining Glory in 2013, Schilling has established himself as one of the most exciting kickboxers on the planet. He debuted in Glory as part of a one night, four man middleweight tournament that would crown the Glory 2013 middleweight tournament champion. Schilling beat Artem Levin and Kengo Shimizu in the same night to take home the tournament title. He most recently participated in 'Glory: Last Man Standing', a one night, eight man middleweight tournament. In the quarter finals Schilling would avenge two prior losses to Simon Marcus with a vicious knockout in round 4 of the 'unofficial' fight of the night. In the semi finals Schilling would avenge another loss, this time to Wayne Barrett via split decision. In the final Schilling met another opponent he had faced in the past, but this time he wouldn't be the one seeking revenge. Artem Levin went on to beat Schilling via unanimous decision to win the Glory tournament and the Glory middleweight title.