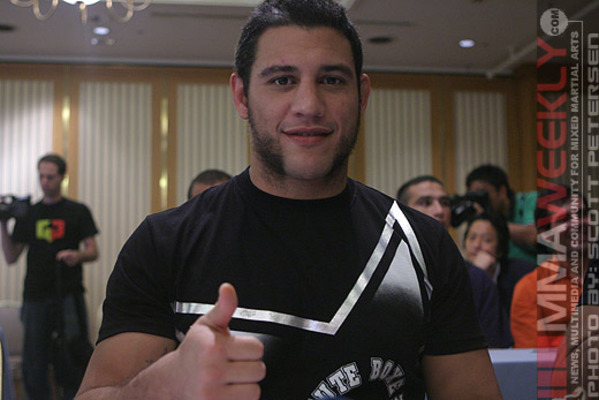 Antonio Schembri is ineligible for regional rankings due to inactivity.
Fighters must have at least one completed MMA bout in the past two years to be ranked.

Winning three fights in a row upon debuting for Pride FC, Antonio Schembri was dubbed by some as the next big thing to come out of Brazil's grappling scene. Unfortunately, Schembri's TKO victory over Kazushi Sakuraba was avenged by the Pride legend in his next two consecutive fights, and following another loss to Ryo Chonan in 2005, Schembri was cut from the promotion.