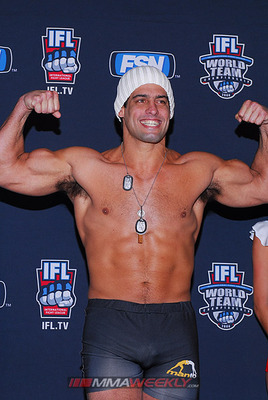 Daniel Gracie is ineligible for regional rankings due to inactivity.
Fighters must have at least one completed MMA bout in the past two years to be ranked.

A cousin of MMA and Brazilian Jiu-Jitsu legend Renzo Gracie, Daniel Gracie has kept in line with the family tradition, having competed on an international level both in Jiu-Jitsu and professional mixed martial arts contests. Although he has not been as successful in MMA as other members of the Gracie clan, such as Renzo and Royce, Daniel has competed for the Pride Fighting Championships, as well as the International Fight League before leaving active competition in 2006 following a knockout loss to Allan Goes.