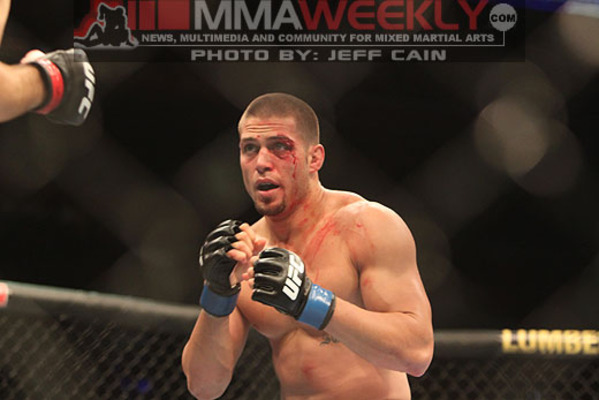 Greg Soto is ineligible for regional rankings due to inactivity.
Fighters must have at least one completed MMA bout in the past two years to be ranked.

Greg Soto took an interest in competing in MMA when he met one of the New Jersey area’s best fighters, Kurt “Batman” Pellegrino, and he is now an instructor at Pellegrino MMA in Belmar, New Jersey. After beginning his professional career in 2006, Soto went on a seven-fight unbeaten streak before being invited to join the UFC welterweight division. Although he lost his UFC debut by DQ after hitting Matthew Riddle with an illegal upkick in the third round, Soto showed great promise during the bout.