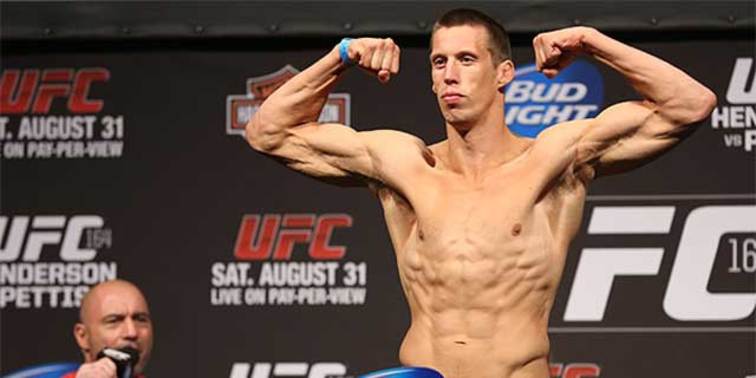 Magnus Cedenblad is ineligible for regional rankings due to inactivity.
Fighters must have at least one completed MMA bout in the past two years to be ranked.

A favorite at home in Sweden due to his charming personality and charisma, he was first exposed to a broader international audience at UFC on FUEL TV 2: Silva vs. Gustafsson. There he fought a tightly contested bout with French up-and-comer and GSP protege Francis Carmont, before succumbing to a rear-naked choke at 1:42 of the 2nd round. The very same submission Cedenblad himself attempted to put on Carmont earlier in the fight, to no avail.

He was forced to pull out of a scheduled fight against Rafael "Sapo" Natal in early 2013 when it was discovered he was suffering from cataract . His doctor advised him to change profession, but determined to return to his winning ways, "Jycken" fought through adversity and returned to the cage at UFC 164: Henderson vs. Pettis 2 in August. He defeated Jared Hamman via Guillotine Choke a mere 57 seconds into the fight.

His nickname "Jycken" is the equivalent of the words "doggy" or "pooch" in english.