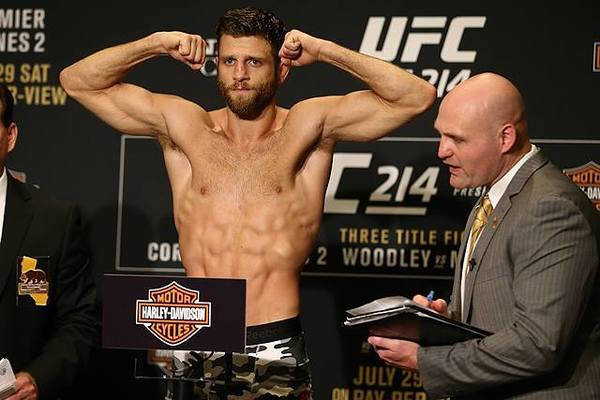 Fighting for a major organization has made Calvin Kattar ineligible for regional rankings.

Calvin "The Boston Finisher" Kattar began made his MMA debut in 2007, winning his 1st three fights, all by 1st round finish. He hit a bump in the road however, and was submitted by a more experienced James "Binky" Jones. After the loss, he bounced back winning 5 straight, before a close decision loss to Don Carlo-Clauss. As the years went on, Calvin matured into a veteran fighter with elite MMA striking, accumulating an 8 fight winning streak and dominating the local New England MMA scene.

Calvin Kattar made his UFC Debut on the undercard of UFC 214 against Andre Fili. Although a +300 underdog in his freshman UFC appearance, Kattar won the fight by dominant unanimous decision, displaying his high level MMA boxing skills that would come to be his trademark. He followed up this win in impressive fashion in his subsequent outing against Shane Burgos. Both fighters displayed high level striking skill, heart, and prowess in a Fight of the Night winning effort. After a strong first round from Calvin, the momentum began to shift in round two, as Burgos' relentless pressure and controlled aggression won the second round. But the scorecards would not be needed that night, as Calvin landed a brutal series of right hands that sent Burgos reeling to the canvas. The fight was stopped shortly thereafter, and Calvin Kattar had notched his first UFC finish against an undefeated fighter.

As of December 2021, Calvin Kattar is 6-3 (4 KO/TKO Wins) in the UFC. After taking brutal damage in his January 2021 Main Event against the former featherweight Champion, Max Holloway, he took a year of absence from the octagon. He looks to rebound from this loss on January 15th, 2022 against elite striking talent from the Republic of Georgia, Giga Chikadze.