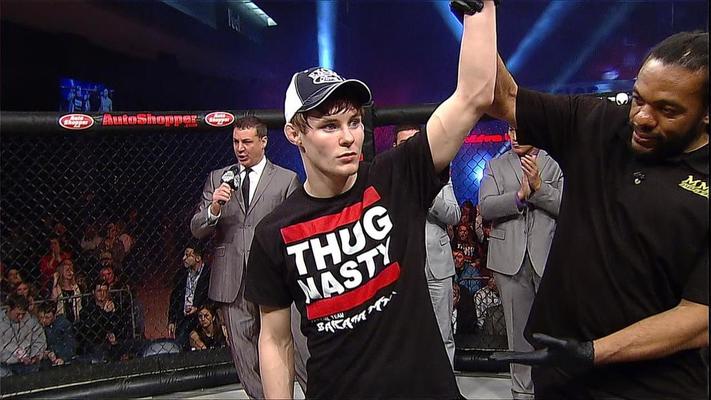 Fighting for a major organization has made Bryce Mitchell ineligible for regional rankings.

After racking up an undefeated professional MMA record of 9–0, Mitchell was chosen to the The Ultimate Fighter: Undefeated Featherweight tournament. He defeated Jay Cucciniello in the quarterfinals but ended up losing to the eventual season winner Brad Katona in the semifinals. Despite the loss, Mitchell was signed to the UFC.

Mitchell faced Tyler Diamond on July 6, 2018 at The Ultimate Fighter: Undefeated. He won the fight by majority decision

Mitchell faced Bobby Moffett on March 23, 2019 at UFC Fight Night: Thompson vs. Pettis. He won the fight by unanimous decision. This fight earned both the Fight of the Night award.

Mitchell faced Matt Sayles on December 7, 2019 at UFC on ESPN: Overeem vs. Rozenstruik. He won the fight by submission from a twister in the first round. This win earned him the Performance of the Night award and it was named the 2019 Submission of the Year by sites like Sherdog, MMAJunkie and MMA Fighting Subsequently, Mitchell signed a new, four-fight contract with the UFC.