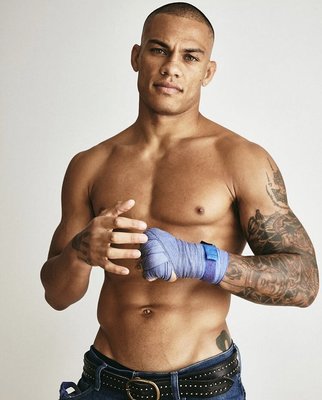 Fighting for a major organization has made Sheymon Moraes ineligible for regional rankings.

Sheymon Moraes is a Brazilian Muay Thai and MMA fighter who was born in 1990. Moraes fights in the bantamweight division. He represents Team Nogueira of Rio de Janeiro, Brazil.

After competing for various years and finding much success in Muay Thai tournaments and competitions, Moraes decided to transfer over to mixed martial arts. He made his professional MMA debut on March 17, 2012 defeating Richard “Pele” Medeiros by unanimous decision.

Moraes entered the Bitteti Bantamweight Grand Prix on September 8, 2012. He was originally scheduled to face Rodolfo Marquez in the first round, but Marquez pulled out of the fight due to an injury and he instead fought Pedro “Kezen” Arruda. Moraes made short of Pedro Kezen defeating him in 2:33 of the first round by TKO. On the same night, Moraes moved on to face Pedro Nobre in the finals of the GP where again Moraes used his striking skills to finish Nobre in 4:16 of the second round with a series of punches. Moraes then crowned as the new Bitteti Combat bantamweight titleholder.

Since transferring over from Muay Thai to MMA and competing as a professional MMA fighter, Moraes has held a strong undefeated win streak.