Donald Cerrone vs. Benson Henderson I 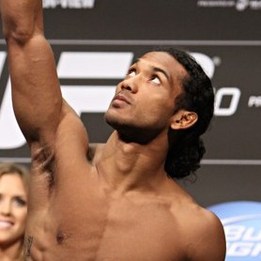 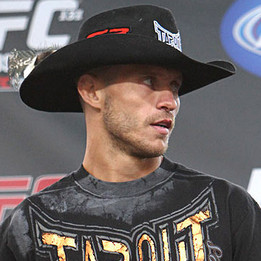 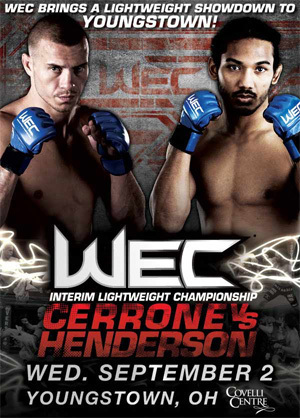 After establishing themselves as the two top contenders to the WEC Lightweight Championship belt held by Jamie Varner, Donald “Cowboy” Cerrone and Ben “Smooth” Henderson locked horns at the tail end of 2009 for an Interim Lightweight Championship while Varner recovered from injuries. In one of the best fights in WEC history, Cerrone and Henderson fought tooth-and-nail for five hard rounds, with Henderson edging Cerrone when the scorecards were read.

After a close first round, Henderson utilized his wrestling base to neutralize Cerrone on the ground and inflict serious damage in the second and third rounds. Heading into round four, it seemed as though Cerrone was already in a hole he could not possibly climb out of. But surprising the fans watching live and in attendance, Cerrone came out and dominated Henderson in the final two frames, beating him both on the feet and on the ground before the final bell had rung.

While Henderson emerged with the Interim title and would eventually take the Undisputed belt in January of 2010 with a submission victory over Varner, Cerrone’s stock also rose considerably following the loss. Multiple sources named Henderson vs. Cerrone the best MMA fight of 2009, and observers marveled at the mental and physical toughness evidenced by both men in the championship rounds.

This WEC preview video looks at Cerrone vs. Henderson I at WEC 43.

The WEC shows us a day in the life of Ben Henderson as he trains to fight Donald Cerrone at WEC 43's Main Event.

The WEC spoke to both fighters in the Henderson vs. Cerrone I Main Event of WEC 43.

Cerrone vs. Henderson I