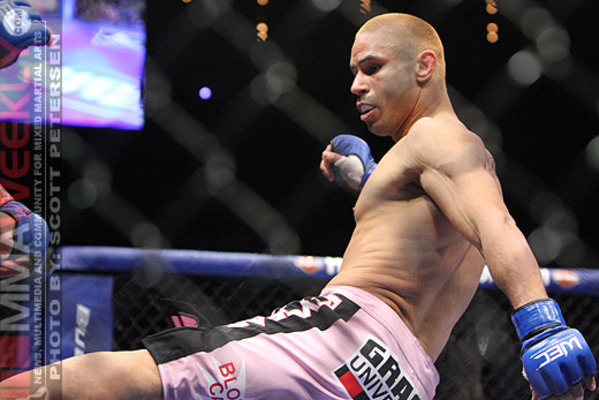 Javier Vazquez is ineligible for regional rankings due to inactivity.
Fighters must have at least one completed MMA bout in the past two years to be ranked.

Between the years of 2007-2011, Javier Vazquez was one of the best grapplers in the featherweight MMA scene with wins over Jens Pulver & Adriano Pereira which scored him a gig in the UFC. In his debut fight Vazquez defeated former top contender Joe Stevenson which easily put him in the top 15 in the division however Vazquez announced his retirement sometime after the fight leaving fans to wonder what Vazquez could have accomplished in the octagon.

Outside of his MMA career, Vazquez is an accomplished Brazilian Jiu-Jitsu competitor holding a 3rd Degree Black Belt under Rodrigo Mederois with his biggest accomplishment winning the 2006 ADCC Trials.