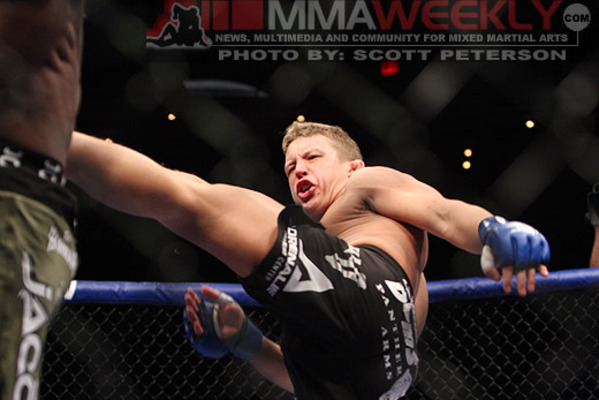 Chris Horodecki is ineligible for regional rankings due to inactivity.
Fighters must have at least one completed MMA bout in the past two years to be ranked.

Since being exposed to the teachings of respected striking coach Shawn Tompkins at age 13, Chris Horodecki knew that he wanted to be a professional fighter. Just days after his eighteenth birthday, Horodecki made good on his dream and quickly put together one of the most impressive young resumes in the sport, notching victories over  Shad Lierly, and Bart Palaszewski (twice) en route to becoming the biggest star in the now-defunct IFL promotion. After the IFL ceased operations in 2008, Horodecki had difficulty finding professional opportunities, but eventually made his way into the WEC’s 155-pound division.

Although he finished his first six professional fights with strikes, Horodecki has evolved into a more complete mixed martial artist, having won recent bouts by submission. He remains one of the youngest and most promising prospects in the sport.