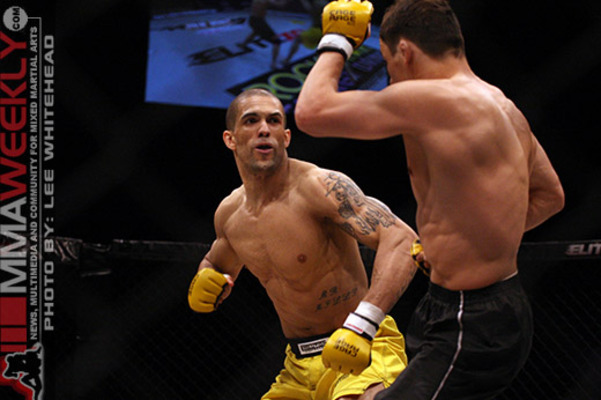 Che Mills is ineligible for regional rankings due to inactivity.
Fighters must have at least one completed MMA bout in the past two years to be ranked.

Former Cage Rage champion and striking specialist Che Mills has gained a good amount of experience and a few key wins along the way on his road to the UFC. Mills would lose by submission twice in his first three pro fights, but would win eight straight, including two victories over Lithuanian striker Marius Zaromskis. He was invited to participate on 'The Ultimate Fighter: United States vs. United Kingdom,' but would lose in the elimination round to eventual winner James Wilks, failing to get inside the TUF house.

After losing fights to Jim Wallhead and Yuya Shirai, the Brit would win four straight (including a decision victory over UFC veteran Jake Hecht) earning him a UFC contract. He TKO'd TUF 13 vet Chris Cope at UFC 138 in only 40 seconds, and earned 'Knockout of the Night' honors. Despite a loss to rising star Rory MacDonald, Mills remains a deadly striker and one to watch out for in the UFC's welterweight division. He would pick up another win over Duane Ludwig although the fight was stopped because of a knee injury to Ludwig.

Following a split decision loss to Matt Riddle at UFC on Fuel TV 7, Mills was cut from the promotion. It was later revealed that Riddle had tested positive for marijuana so their fight ended up becoming a no contest.