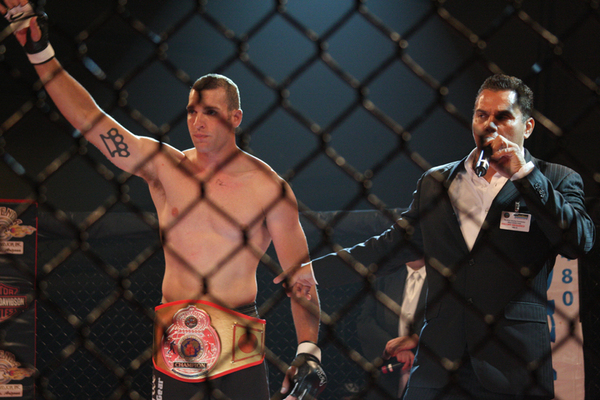 Fighting for a major organization has made Richard Hale ineligible for regional rankings.

Arizona native Rich ''Rare Breed'' Hale is regarded as a top heavyweight in Bellator Fighting Championships. Hale initially gained notoriety at Bellator 38, where he made his Bellator debut facing off against collegiate wrestling champion Nik Fekete in the quarter-finals of the Bellator season four light heavyweight tournament. Rich would deliver what was a candidate for 'Submission of the Year,' as he choked the wrestler unconscious with an inverted triangle choke, not a move you would expect out of a light-heavyweight.

After a split decision win over D.J. Linderman, Hale would fight Christian M'Pumbu for the Bellator light-heavyweight title. Hale would lose in the third round by TKO. He would bounce back in his next two fights, knocking out his opponents in 56 seconds combined. 'Rare Breed' attempted to enter Bellator's 2012 Summer Series light-heavyweight tournament, but would be forced to pull out due to an illness in the opening round where he was scheduled to fight Beau Tribolet. Hale instead went up in weight to compete ijn the Bellator season seven heavyweight tournament. in the quarter-final round, Hale defeated Mike Wessel via TKO at just 1:19 of round 1. Hale advanced to the finals of the tournament with another first round TKO win over Thiago Santos after being badly rocked early in the fight.

Hale is also known for his ability to finish with his boxing or his submissions, finishing in 18 of his 21 victories (eight by submission, ten by knockout).