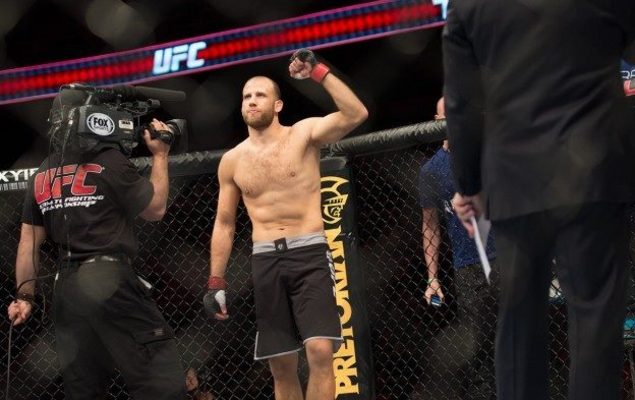 Tor Troéng is ineligible for regional rankings due to inactivity.
Fighters must have at least one completed MMA bout in the past two years to be ranked.

After beginning his career in a shaky fashion, going 4-3 in his first seven professional fights, he turned a corner in 2008 - producing an impressive 11-1-1 record since then, with the only loss of the streak coming to former UFC title contender Thales Leites.

Besides being a professional MMA athlete, he holds a masters degree in Engineering physics.

In September 2012, Troeng travelled to Las Vegas and tried out for the 17th season of The Ultimate Fighter. His own comments about trying out: "Have never really able to see myself in a reality show, but right now I’m ready to go over corpses to get that UFC contract so if another road pops up, just jump on the bandwagon."[sic] Tor won his elimination fight to get to the TUF House defeating Scott Rosa by submission (Rear Naked Choke) in the first round. He was then picked by Chael Sonnen as the 4th fighter on Team Sonnen.

In the 5th episode Tor was selected by Chael Sonnen to fight Team Jones' 2nd round pick Josh Samman but he would lose the fight by TKO. However he must have impressed the UFC because he was then signed to fight another member from the TUF 17 season Adam Cella at UFC on Fuel TV 9. Troeng would make quick work of Cella submitting him in the first round with a Rear Naked Choke.

Tor Would go on to Fight Rafael Natal At UFC Fight Night 28 . the two men would go on to give a Fight Of The Night Performance going all 3 rounds. with Natal coming out as the winner. Troeng would drop his next two bouts by decision as well to Trevor Smith and Krzysztof Jotko. Following his third straight loss in October of 2014 Troeng would announce his retirement from MMA.