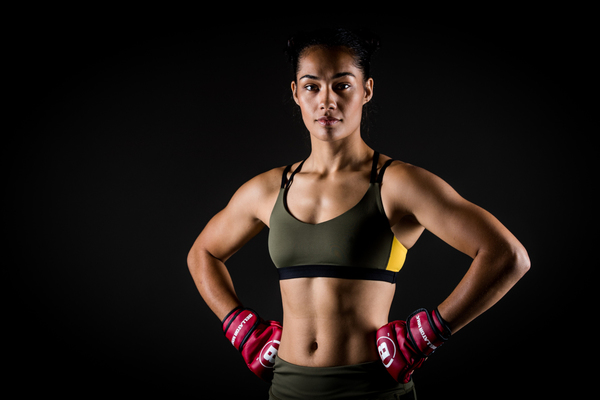 Fighting for a major organization has made Janay Harding ineligible for regional rankings.

Janay Harding was born in New Zealand but relocated to Gold Coast, Queensland, Australia at the age of 10. Harding was a practitioner of Shotokan karate but later switches to MMA after stepping into her hometown gym, PUMMA on the Gold Coast. She started her amateur career in 2014 and has a record of one win and one loss.  Janay Harding made her professional debut in MMA on March 5, 2014, at Eternal MMA. Her debut opponent was Helen Malone. She got her very first professional victory against Malone defeating her via TKO in Round one at 1:59. Harding faced Jess Doueihi in her second professional match at BRACE 36 on September 19, 2015. She came out the victor in the match knocking out Doueihi in the first round. After winning two straight games of her professional life, she went on to lose the next two fight against Jessica-Rose Clark at Eternal MMA 19 and Arlene Blencowe at Legend MMA 1. The loss did not get Janay Harding to give up as she trained more and returned to fight Ramona Pascual at E-1 World Championship on March 31, 2017. She defeated Pascual with a ground and pound technique winning via TKO in round 2 of the fight. Harding's next opponent was Amber Leibrock who she faced at Bellator 199 on May 12, 2018. The fight went the full round and ended with the judge's decision. Leibrock went on to win the match with a unanimous decision. Janay's Pro MMA Record is 5-4-0 and her Pro Boxing Record 1-5-0.