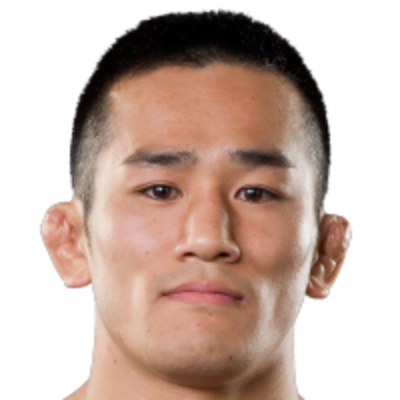 Hiroshi Nakamura is ineligible for regional rankings due to inactivity.
Fighters must have at least one completed MMA bout in the past two years to be ranked.

Hiroshi "Iron" Nakamura is Japanese mixed martial arts fighter born February 14, 1981 in Gunma Ota, Japan. Iron Nakamura is a black belt in Judo and he fights out of the Tokyo Yellow Mans gym. He is a disciple of Noboru Asahi.

He then followed his amateur success by making his MMA debut losing a unanimous decision to Yutaka Nishioka in Shooto on  February 6, 2005. He then lost his next fight too this time being stopped by TKO in 3:57 of the second round by Akiyo "Wicky" Nishiura.

Iron Nakamura's first professional came in his third fight when he was able to defeat Seigi Fujioka by unanimous decision.

For the early part of his career, he fought under his real name before adopting the "Iron" nickname on March 28, 2008 before he defeated Tenkei Oda by unanimous decision.

Aside from his MMA success, Iron Nakamura has also enjoyed success in grappling by winning the 2006 ADCC Open Gi Tournament in the 66 kg division held in the early days of the month of October of that year.