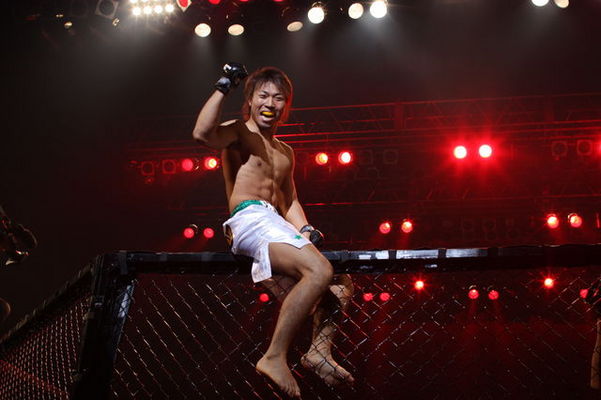 Fighting for a major organization has made Yusaku Nakamura ineligible for regional rankings.

Yusaku Nakamura is a Japanese mixed martial artist born on June 21, 1986 in Osaka, Japan. Since his childhood, Nakamura has been training in martial arts as he trained in Nippon Kempo.

Nakamura made his MMA amateur debut on July 20 2009 defeating 4 opponents winning the Shooto Kansai Amateur Tournament. He then went on to participate in the Shooto Japan Amateur Tournament, but only got out of the first round by knocking out his opponent, but then being submitted in the second round of the tournament.

Nakamura made his professional MMA debut fighting in the bantamweight division at DEEP 45 IMPACT defeating Hiroto Hattori by first round TKO.

After a mixed set of results, Nakamura has moved down to the flyweight division.