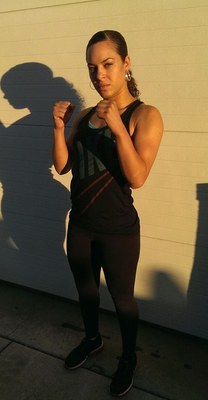 Elizabeth Phillips is a professional Women's Mixed Martial Artist in the UFC's Bantamweight division with a 4-2 record, fighting out of Sikjitsu in Spokane, Washington where she trains alongside the first women's TUF winner, Julianna Pena.

Elizabeth made her UFC debut at UFC 174 on June 14, 2014 against Canadian Valerie Letourneau where she lost a close Split Decision.

She wasted no time booking her next bout however as she's scheduled to fight August 23, 2014 at UFN 48: Bisping vs. Le in Macau, China against the experienced Russian 135'er Milana Dudieva.  An injured Dudieva is who Phillips replaced in filling in on short notice against Letourneau at UFC 174.