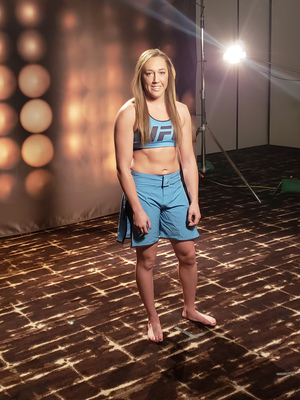 Fighting for a major organization has made Leah Letson ineligible for regional rankings.

Leah letson competed on the ultimate fighter season 28 heavy hitters. She was the only fighter on the show who already had a ufc contract. Her first fight was a tough one against bea malecki. She won by decision but in the following episode her face was covered in Two black swollen eyes, bruises, and abrasions as a result of the fight with malecki. She lost her next fight in the semi finals to the eventual winner macy chiasson by  ko in rd.1 ( knees to the body from a thai clinch )