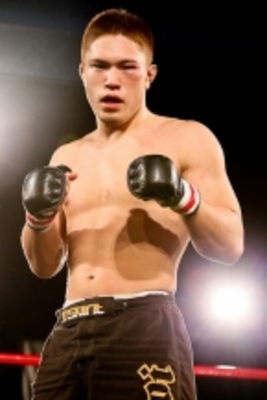 Kasuya trains alongside top featherweight contender Yusuke Kawanago at Tokyo’s Akimoto Dojo. While Kawanago is known as a heavy-handed striker, Kasuya has developed a reputation as a submission artist. However, unlike some grapplers who use finesse to elicit the tap, Kasuya is known for explosive strength and powerful ground-and-pound which brutalizes his opponents and leaves them unable to defend against his submissions. After making his MMA debut at the age of 20, Kasuya went undefeated in his first seven fights, finishing six of those opponents by knockout or submission. With his seventh fight crowning him the Shooto 2011 Rookie Tournament Champion, Kasuya set his sights on international competition, and will be looking to make his name against some of the top lightweights in the Asia-Pacific here at Legend.