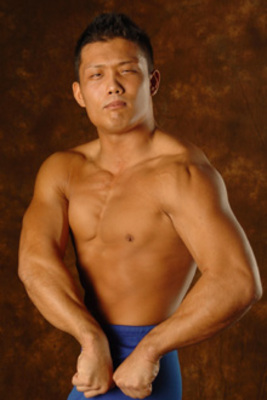 Tyson is a fighter for the Shooto promotion and has fought his whole career for Shooto. He is known to be a very powerful and explosive fighter but not necessarily the most technical, he admires Melvin Manhoef and it shows, he always has complete focus for the finish. Before MMA he was a bodybuilder and often strikes typical poses that one would see in competitions.

He won the 2013 Shooto Infinity Welterweight (154 lbs) Tournament by knocking out Koji Nishioka in the 1st round. Tyson became the Shooto Pacific Rim Welterweight champion by defeating Shinji Sasaki via KO at Shooto: 2nd Round 2014. He would lose the title to Koshi Matsumoto at Shooto Gig Tokyo Vol. 19.

He will be taking part in the upcoming Road to UFC: Japan where he will be making his Featherweight debut.