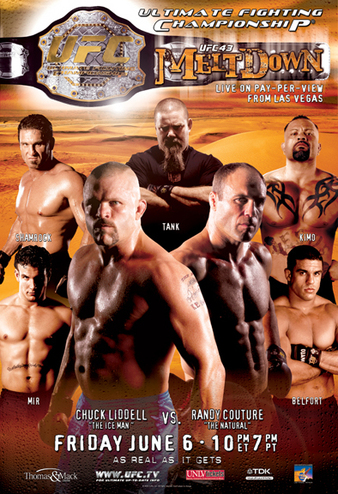 Although it was just another fight at the time, the bout between Couture and Liddell would be their first in what became one of the highest-grossing rivalries in MMA history. Although there was no bad blood between the two, Couture's second-round TKO victory was considered an upset, one that Liddell would avenge in the rematch two years later.