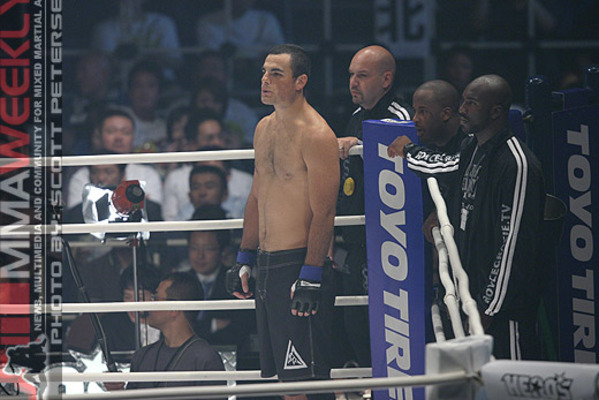 Ralek Gracie is ineligible for regional rankings due to inactivity.
Fighters must have at least one completed MMA bout in the past two years to be ranked.

Although he has logged far more time on the Brazilian Jiu-Jitsu mats than in a mixed martial arts ring or cage, Ralek Gracie, the son of the great Rorion Gracie and the nephew of Royce and Rickson Gracie, is an undefeated mixed martial artist who holds a notable 2010 victory over “The Gracie Hunter,” Kazushi Sakuraba. Along with fellow extended family members Kron Gracie, Rolles Gracie, Gregor Gracie and others, Ralek embodies high hopes for the new generation of Gracie MMA fighter.

Unlike many of the other members of the Gracie family, Ralek has not focused on professional competition, not even in Brazilian Jiu-Jitsu, and has instead focused his training toward teaching along with his brothers at the Gracie Academy headquarters in Torrance, California.

In his time away from MMA, Ralek has set up the Brazilian Jiu-Jitsu promotion Metamoris in 2012.

Six years after his last win over Sakuraba, Ralek came back from his hiatus in the sport of MMA and signed with Bellator as a member of their Middleweight division.  Ralek will take on Hisaki Kato at Bellator 170.